May 31, 2020
New research from psychiatrists at the University of Helsinki shows that fearfulness is a genetically identifiable trait. The genomic region associated with fearfulness lies on chromosome 11 in the DNA of Great Danes, one of the largest dog breeds. Canine fearfulness and anxiety are not dissimilar from anxiety in humans, and the researchers hope that their research may help shed more light on human anxiety disorders. Dog-lovers everywhere are familiar with the particular joy that comes from befriending a stranger’s pup. Their bounding up to you, all smiles and big paws, and the excited wags that follow as you reach down to stroke them, are part of what makes interacting with a dog so lovely. However, not all dogs are determined to make strangers their best friends. For some dogs – as for some people – the idea of meeting new people, new dogs, or even encountering new surroundings, is deeply anxiety-inducing. These scaredy dogs attracted the attention of Professor Hannes Lohi an
Post a Comment
Read more 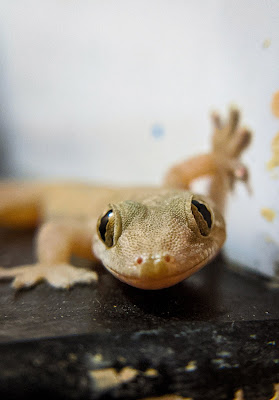 New research by biologists of the Nanjing University of Aeronautics and Astronautics, and the University of California, explains some geckos’ gravity-defying ability to run sideways across walls. Tokay geckos can run sideways just as quickly as they can climb upward, Yi Song and his team discover, because their toes allow them to quickly adapt to changes in direction and surface texture. Such research may inform designs for new mechanical feet, which would allow robots to exhibit the same spectacular skill set. You’re sat outside on a scorching Summer morning. Sun pours across the ground, and the walls around you are hot with residual heat. Out of nowhere, a gecko dashes across the bricks in front of you. Small, speedy, and shockingly nimble, it moves like a flash, up and across the horizontal wall as if the surface were as flat as the ground your chair sits on. You watch it as it hurries up and across the balcony roof above you, clinging to the ceiling as if gravity did not ap
Post a Comment
Read more

New evidence suggests dinosaurs may have ruled not only the land, but the waters too. 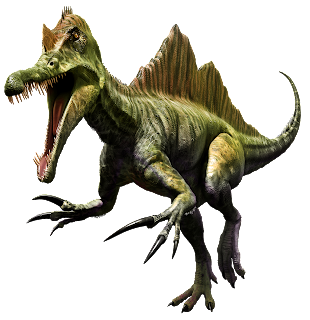 Ground-breaking research provides “unambiguous evidence” that the dinosaur Spinosaurus aegyptiacus possessed a uniquely-shaped tail which facilitated swimming. This, combined with its other aquatic adaptations, proves that Spinosaurus was an aquatic dinosaur, and opens the door to the theory that dinosaurs invaded the water not just as visitors, but as inhabitants. However wacky you choose to imagine a terrestrial dinosaur, something like it probably exists. From the turkey-sized predator Compsognathus , to the giant Mamenchisaurus , whose 46-foot neck alone is longer than the rest of its body put together, to the monstrous (and toothless) Gigantoraptor , confirmed dinosaur morphologies range from the improbable to the seemingly ridiculous. So, with diversity this immense, what makes aquatic dinosaurs such a problematic idea? Really, it’s all in the name. The concept of living in water isn’t new at all; in fact, many well-known marine reptiles, including plesiosaurs, ichthy
1 comment
Read more

Annabel Lever
I'm Annabel, a recent Zoology graduate and current MSc Science Communication student. Writing has always been my passion, and I love using it to make new and exciting scientific developments interesting and accessible to as wide an audience as possible!